In the third of a series of articles looking at the redevelopment of Whipps Cross Hospital, Wanstead resident Charlotte Monro explains why campaigning must continue, despite government funding confirmation

At a public meeting on 15 October, Barts Health Trust presented their current proposals for the new hospital and the other developments on the Whipps Cross site. There was intense interest from the 200 people attending, with pertinent and searching questions asked, and discussions continued as the meeting was breaking up.

Whipps is one of the six hospital developments the government has announced will benefit from a share of a £2.7bn funding allocation. A letter has been received from the Secretary of State for Health confirming government support for a ‘brand new hospital’. “We don’t know how much yet,” said Alastair Finney, Director for Whipps Cross Redevelopment, but the total divided by six gives £450m. Not nearly sufficient for a new-build hospital, he added, so the campaign needs to continue (please sign our petition!). At the meeting, we heard the reworked proposals for the strategic outline case:

A hospital of similar total size as the current one but compacted to a smaller footprint (about a fifth), between eight and 12 storeys high, with A&E, maternity and core services.

Fewer beds, apart from more in critical care and maternity, and more space for day surgery, including for children. The rationale for this, despite a growing population, is based on hospital and primary care clinician working groups’ vision of models of care.

Becoming a specialist centre for the treatment of frail older people, including residents from Newham and Tower Hamlets.

Some community or social care facilities next to the hospital.

Much of the site to be disposed of for housing and community amenities, with up to 1,700 new homes envisaged.

No commitment to sustainable building and energy design was evident.

“I fear you may be overestimating how much your plans will reduce the need for hospital beds,” said the final questioner to applause. No evidence has been presented as to how far their proposed model of care closer to home can or will reduce the need for hospital admissions, or the resources needed for this. Without additional beds, the future in reality will be a cut, and a new hospital under as much pressure as now, or more.

This is our hospital. Our say in it has to be real. This will only happen by our action. The next two months will be critical as the revised outline business case will be resubmitted at the end of the year, which includes the total capital needed. The new hospital must be based on need, not the funding on offer.

For information on the future of Whipps Cross Hospital, visit wnstd.com/whipps

To view the petition, visit wnstd.com/wxp 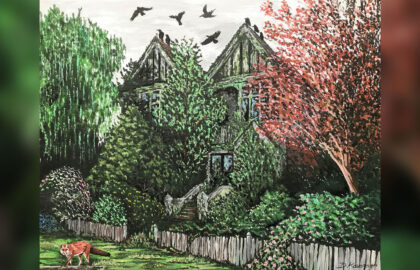