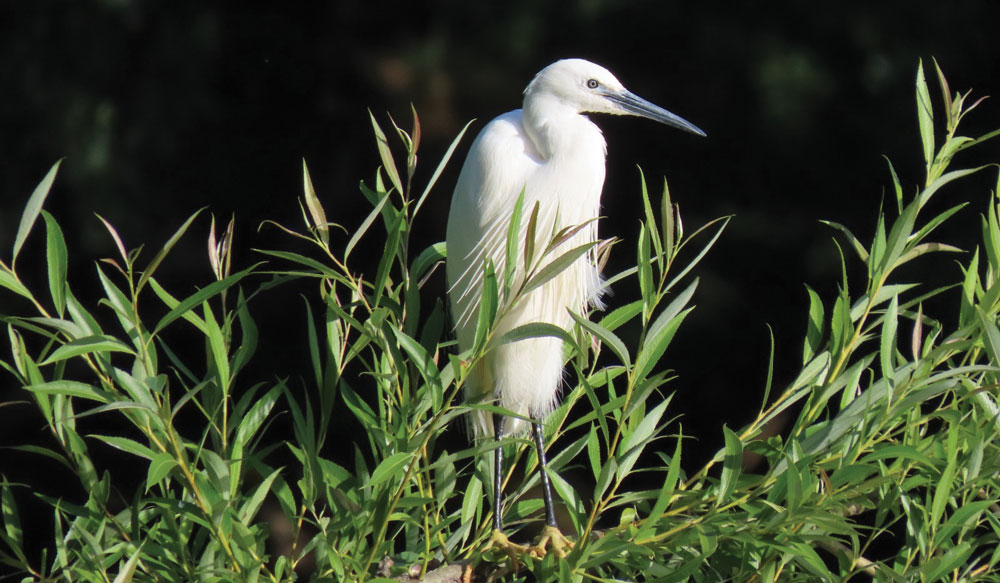 When lockdown was announced, the Wren Wildlife and Conservation Group had to come up with alternatives to replace their spring and summer plans. Enter Zoom. Tim Harris reports

When lockdown was announced, some Wren members concentrated on what they could do from the comfort of their own homes to contribute to the group. And with necessity being the mother of invention, some of these initiatives have been very successful.

Carrying this to extremes, ‘noc-migging’ involves recording the calls of birds migrating overhead at night. Using a recording device in a bucket, this is the very antithesis of exercise, best done while asleep! Chief among the surprises it produced were the calls of common scoters – ducks usually found far out at sea – in early April. Thanks in the main to noc-migging, these wildfowl are now known to fly overland on their way north in spring. This really is citizen science in action.

Several of us switched on bright lights in our gardens to attract moths. Our area has a phenomenal range of these nocturnal insects, mainly because of the area’s floristic diversity. This year has been the best on record, with more than 250 different kinds noted so far, several never previously recorded. And only a couple of them eat clothes!

Many local naturalists also took full advantage of the opportunity to exercise outdoors to spot interesting plants, bees, birds and butterflies in our diverse range of green spaces. Among many fascinating discoveries was a small patch of fiddleneck (Amsinckia menziesii) behind the Esso garage on Aldersbrook Road. This ‘weed’, native to North America, was found by Rose Stephens and has not previously been seen locally. We’ll probably never know how it got there.

But the big problem we faced as a group was how to reach out to people who would, in more normal times, come on our local walks. Enter Zoom, and committee member Tony Madgwick, who offered to host a series of weekly ‘virtual field meetings’. These have been enormously successful, attracting audiences from far and wide to listen, learn, and discuss. While most participants have been local, we’ve had naturalists tuning in from as far afield as Devon and Scotland. Some meet-ups have drawn more than 100 people, keen to find out more about a range of topics, ranging from the best bee-friendly plants for their gardens, which butterflies and dragonflies to look for in Wanstead Park, how to identify birds by their songs, and the life history of native reptiles. So successful have these online meetings been that we intend to continue them.

So, if you’re interested in our local flora and fauna, check the Wren Group’s programme of virtual field meetings on our website, where recordings of some of the previous meetings are also available.

For more information on the Wren Wildlife and Conservation Group, visit wnstd.com/wren
Tags:Slider