In recent years, particularly since becoming a parent, I have become increasingly concerned about the climate emergency and threats facing the environment. Evidence of the immediacy of the climate crisis and human-driven mass extinction leaves me wondering what legacy we are leaving our children.

Concern for the environment, combined with a desire to see more women and working parents represented on the council, motivated me to stand as a councillor in the 2018 local elections. So, I am pleased to have recently been appointed by council leader Councillor Jas Athwal to Redbridge Council’s cabinet, leading on the environment and civic pride. Alongside this role, I will continue as a councillor for Wanstead Village, with fellow ward councillors Daniel Morgan-Thomas and Paul Donovan.

The cabinet is the main decision-making body of the council and is made up of councillors from across the borough from the governing party. I’m particularly proud of the diversity of Redbridge’s cabinet, which includes 50% women and councillors from a range of backgrounds, ethnicities, ages and professions. Cabinet meetings take place monthly and are streamed live, with the opportunity for residents to ask questions. All relevant papers are also made public and can be found on the council website. My portfolio covers a range of issues, including climate change, transport, parking, waste, street cleansing and the environment.

I have been inspired by the work underway locally to enhance the environment and improve biodiversity – community gardeners, grow zones and litter picks. I believe there is much we can do working together.

Along with Councillor Paul Donovan, I led efforts to get the council to declare a climate emergency in 2019. I have since contributed to the subsequent corporate panel report on the measures the council could take to reduce their own emissions and will now be leading on putting those measures into action. Immediate priorities also include overseeing a borough-wide roll-out of wheelie bins.

As we’re becoming increasingly aware of the impact of air pollution on the health of our children and vulnerable residents, we are stepping up our action to encourage walking and cycling. Moves to restrict the use of cars around schools (School Streets) will be crucial to this effort, alongside promoting more sustainable ways of getting around.

These changes aren’t easy. This work is also complicated by the pandemic engulfing our communities and draining an already stretched council budget. But doing nothing is not an option if we are to tackle air pollution, climate change and environmental destruction, and if we want to leave a better future for generations to come. 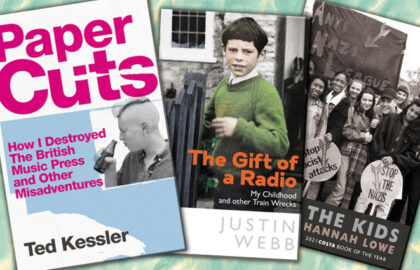