Judith Garfield MBE is the Labour Party candidate for the Havering & Redbridge constituency in this month’s London Assembly election. Here’s why she thinks she deserves your vote on 6 May

As a Wanstead woman, I want to inspire and encourage the next generation of women to feel confident, safe and enthused about entering public life. This is my story, just one woman’s journey into politics.

I am not sure if it was a single incident or the world around me that sparked my interest in politics. What I do remember is that it started at a young age. I came from a family where we were encouraged to appreciate the world around us, understand our role in it, and work towards making it a better place. It started when I was around 10, hearing talks about nuclear weapons. As a child, believing the world could be destroyed at any moment was scary. It dawned on me there were people around who judged others for their race, gender, faith, the way they talked, and a host of other physical and social characteristics.

Becoming a single mother also changed my outlook on life. It made me even more determined to make sure the world was a fairer place. Back then, if you wanted to stand for council as a woman, you had to pay up-front for childcare and then claim it back. Despite a lot of changes in the workplace for women, local politics in the late 1990s and early 2000s was still very much the fiefdom of men. I was first elected as a councillor in Newham and served for a decade. I was so proud to lead the first campaign in the borough for a new women’s GP centre and to chair a local Sure Start programme.

I found another outlet through my work with charities. As executive director at Eastside Community Heritage for 20 years, I have fought to get the voices of local residents and workers heard. Running a project that allows people a space to speak their truth has both enthused and allowed me to engage with a wide range of different views.

During COVID I have supported the Small Charities Coalition to help their members find ways to deliver and cope at this difficult time. I believe in being practical, which is why I am proud to help, support and fundraise for organisations like Havering BAME Forum and Redbridge Foodbank. I am also a trustee of Redbridge Rainbow Community. As an ally to the LGBT+ community, I want to play my part in addressing inequality and injustice.

I am delighted to be serving as a councillor for Barkingside. I want to make a difference for my neighbours and future generations, which is why I am prioritising the environment. I want to see a greener, cleaner, safer and sustainable borough. This is what motivated me to stand for the Greater London Authority. 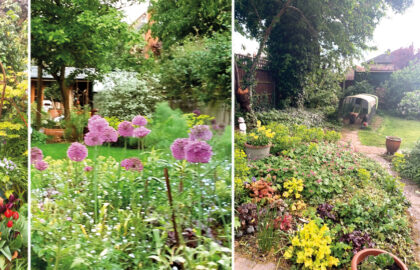