The Wren Wildlife Group, London Wildlife Trust and Wild Wanstead have compiled a list of 10 species at risk of local extinction. In the fourth of a series of articles looking at each species in turn, Liz Ranger explores how to help the beautiful common blue butterfly

It’s depressing when a butterfly that used to be so abundant it has the word ‘common’ in its name now needs our help to survive and thrive. But that’s the situation in Wanstead for the common blue butterfly (Polyommatus icarus).

The common blue takes its name from the male of the species, which is bright and easy to spot with vivid violet-blue upper wings with a grey-beige underside. Their wingspan is about 3.5cm. The females are less obvious, and in southern England, their upper wings are often almost completely brown.

Although the common blue butterfly is widespread and its conservation priority is classed as low, in places around the UK there are local declines in its range – and Wanstead is an example of that.

Locally, the best places to see it are areas of unmown grassland in Wanstead Park and on Wanstead Flats, but numbers in both locations have declined. Common blues need plenty of long grass where the wild flowers on which both the caterpillars and adults rely for food can thrive. They can live on road verges, meadowland, woodland clearings and in gardens and cemeteries.

In places like Wanstead – where residential gardens are one of the main habitats for local wildlife – common blues are up against it as more and more land is developed and lawns are swapped for paving and artificial grass.

Now is a good time to see common blues. There are two broods of butterflies each year (or even three if it’s warm) flying in May or June and again in August or September. Before emerging, the butterflies spend around two weeks in their chrysalis, which is olive-green or brown in colour and is formed on, or very close to, the ground by a food plant. The adults may live for around three weeks and females lay eggs that hatch after a week or two. The caterpillars are short, green and furry and may pupate either in late summer or not until the following spring – so are around for much of the year. Like many other species, common blue caterpillars secrete substances containing a nutrient that attracts ants. In return, the ants help protect the caterpillar from predators.

For more information about the 10 species under threat of extinction in Wanstead, visit wnstd.com/the10 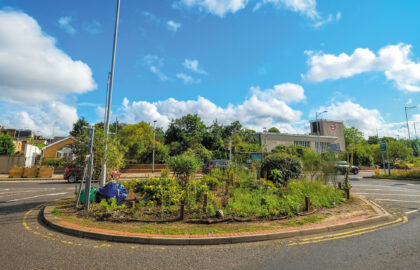 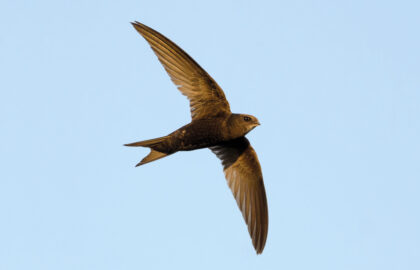