In the ninth of a series of articles looking at the redevelopment of Whipps Cross Hospital, Charlotte Monro reflects on the recent announcements regarding the Margaret Centre and bed numbers

Our battle to save the Margaret Centre in Whipps Cross is having an impact, but has not yet secured into the future this valued and much-loved palliative and end-of-life care unit. This became evident to Action 4 Whipps members meeting with the Barts Health Trust’s Whipps Redevelopment Team in order to understand better their recent announcements on bed numbers in the new Whipps, and the Margaret Centre.

The assurance given in recent announcements and in a letter to local MPs that end-of-life care will now be looked at “in a way that could be delivered from the Margaret Centre” does not, it appears, necessarily mean there would be an in-patient specialist unit. They could not say if there would even be an identified building as part of the new hospital, or anywhere else. There will be what is termed a ‘hybrid model of care’. St Joseph’s Hospice is to be involved in developing this.

To us campaigners, it is self-evident the award-winning, proven model of care provided by the Margaret Centre should be the starting point for any future model. This is so close to our community’s heart, as we found at our two stalls on Wanstead High Street recently when the Margaret Centre action group had hundreds of people signing postcards to Barts’ chief executive. Julie Donovan was there: “For me, it was quite emotional. I spoke to three people who had a loved one die in the Margaret Centre and were delighted with the care and support provided. I also spoke to a lady whose husband died on a ward and didn’t get to the centre. All were shocked at the thoughts of the service being changed.”

The voice of our community and elected representatives speaking in unison is powerful, but we need to make it even more so. NE London Clinical Commissioning Group (which covers a vast area from Havering to Hackney) is being handed a lead in planning this care. Our community and patient groups must be heard wherever decisions are being taken, and we must build our campaign.

On hospital bed numbers, Barts Health have announced – in reaction to the huge concern over 51 beds fewer – that the new Whipps Cross will “have at least as many overnight beds as the current site, if that is required to meet local demand for healthcare at the time of opening.” The number of over-65s in the catchment area is projected to grow by 25% within three years of the new hospital opening. Action 4 Whipps campaign points out and believes this warrants planning now for an actual increase in bed numbers. The size of the rebuild is not flexible; it’s already outlined in the current planning application. The footprint for the new hospital is also fixed by the budget. So, without an increase in hospital space, last-minute expansion of bed numbers will come at the sacrifice of essential staff training and work facilities, creating unacceptable difficulties for the future.

To join the campaign or share views, email whipps.cross.campaign@gmail.com 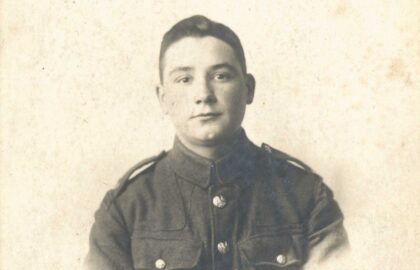