Eleven-year-old local resident Riku Fryderyk will be telling his story of becoming a published author at Wanstead Library this month.

“There will be some inspirational talks and writing activities for children who would like to meet the author in person,” said a library spokesperson. Riku signed a book deal with Pegasus to publish his story The Witching Hour in 2020.

n partnership with Vision RCL, the event is aimed at six- to 12-year-olds and will take place on 25 June from 2pm to 4pm (free; booking required).

In the 26th of a series of articles, David Bird discusses the work of Redbridge Music Society and introduces the Albany Piano Trio, who will be performing in Wanstead this month

Founded in 2010, the Albany Piano Trio is a diverse and innovative ensemble with a particular interest in programming works by female composers – both current and historic – alongside the traditional canon of piano trio music. The trio regularly collaborates with women composers, commissioning and premiering new works. To date, they have premiered works by Judith Bingham (live on BBC Radio 3), Emma-Ruth Richard, Charlotte Bray, Josephine Stephenson and Judith Weir.

They have performed at major venues around the UK, including St Martin-in-the-Fields (where they were finalists in the International Chamber Music Competition) and the Stoller Hall, Manchester. Their appearances on BBC Radio 3 include a live lunchtime concert on International Women’s Day (2016), BBC Proms 2016 Proms Extra and, more recently, on In Tune (March 2020).

The Trio were selected as Park Lane Group Young Artists and are also members of the Concordia Foundation. Their many awards include the Richard Carne Junior Fellowship at the Royal College of Music (where they curated the hugely successful inaugural Women in Music Festival) and the Gwyneth George Award from the Piano Trio Society. They have received scholarships to attend the International Musicians Seminar at Prussia Cove, Pro Corda and the Dartington International Summer School, as well as for studying new works during a winter residency at the Banff Centre in Canada.

Versatile and wide-ranging in their work, the Albany Trio are passionate about educational and community music work. As alumni of Live Music Now, they are experienced workshop leaders and head up interactive workshops in senior residential homes, dementia care homes and in special educational needs schools, where they aim to bring live classical music close up to pupils in an informal and fun setting.

​This recital promises to be a very special evening of music-making. We do hope you can join us.

The Albany Piano Trio will perform at Wanstead Library on 7 June from 8pm (tickets on the door; visitors: £10: members: £7). Call 07380 606 767. Redbridge Music Society is supported by Vision RCL and affiliated to Making Music.

Members of the community are invited to a meeting this month to discuss mobility hubs and the future of Wanstead High Street and George Lane.

“We want to understand local opinion on the hubs installed in Wanstead and South Woodford. Are these a good use of space?” asks a spokesperson from the University of Westminster, which is leading a research project on how street space is used.

The workshop will take place at Woodford Baptist Church on 20 June from 5pm (booking required).

Jo Blackman, Daniel Morgan-Thomas, Paul Donovan, Bayo Alaba and Sheila Bain were all elected as councillors for Wanstead Village and Wanstead Park last month. Here are their ambitions for the next four years

We were all delighted to be elected by the people of Wanstead on 5 May and look forward to playing our part in making Redbridge safer, greener, healthier, cleaner and fairer as promised in our manifesto.

We want to make Wanstead safer by ensuring we have active and engaged local police Safer Neighbourhood Teams, who can work alongside the council in tackling antisocial behaviour and motoring offences. To support road safety, the council is already bringing forward measures to reduce speeding on a number of Wanstead roads and we will be pushing for more of these in the area.

Redbridge Council has already made a considerable investment in local street cleansing and refuse collection, garden waste and recycling services. We will do our bit by continuing our monthly community litter pick as well as supporting community initiatives to keep our streets clean.

Active travel is also an important part of making our borough greener and improving air quality: we are providing more bike racks for the High Street and hopefully more cycle hangars as these have already proved popular in residential roads in Wanstead, as well as providing more electric vehicle charging points. The installation of a cycle lane on Blake Hall Road and Aldersbrook Road will be completed and hopefully extended to other roads.

To support local accessible travel, we will continue to urge Transport for London to complete their promised work to give Snaresbrook station step-free access, maintain our local bus routes and keep full opening hours at Wanstead station.

Being ambitious for Wanstead also means delivering on projects that will make a difference to our community, such as the new swimming pool at Wanstead Leisure Centre, major improvements to Wanstead High School and we will work hard to ensure the redevelopment at Whipps Cross Hospital meets the needs of local people.

We also look forward to the return of the Wanstead Festival this September and hope to work with the newly established Friends of Christ Church Green to see other appropriate and enjoyable events for our green spaces – and all over Wanstead – flourish with council and community support.

As always, we will be grateful for input from local residents, businesses and community groups in shaping our priorities for Wanstead and to keep it as the very special place we all know and love.

Richard Arnopp explains why the Wanstead Park Liaison Group will be reviewing the latest bluebell season, which has once again raised concerns over how best to protect the delicate flowers from being trampled

Every year, from mid-April to early May, visitors to Wanstead Park are treated to a memorable spectacle as great drifts of bluebells come into bloom, carpeting the ground with a blue haze. The colour builds to its maximum intensity for just a few days, during which the flowers pervade the air with a subtle, delicate scent. It’s a very visible sign of the new life brought by spring, and perhaps Britain’s nearest equivalent to Japan’s celebrated cherry blossom season.

The British Isles are a stronghold of the bluebell, with perhaps a fifth of the plant’s global population growing on these islands. The mild, damp climate on Europe’s Atlantic seaboard suits them best – further east, and the winters are too cold for them, or the weather too dry.

Bluebells like dappled shade and are widespread throughout the less densely wooded areas of Wanstead Park. They are often hidden among brambles and other undergrowth, but in Chalet Wood, large areas have been kept clear by members of the Wren Conservation Group so the flowers can be seen at their best. In recent years, paths have also been demarcated by tree trunks to encourage visitors not to step on the main areas covered by the plants. These are easily damaged by trampling and may take several years to recover and flower again.

The first Covid lockdown in 2020 was followed by a huge surge in visitors to our open spaces, including Wanstead Park. Even during the gradual normalisation in recent months, numbers have remained elevated, as the new visitors keep coming back. The bluebell display, which is one of the best in the London area, has received attention both on traditional and social media. This has doubtless attracted additional visitors from outside the area.

It’s good to see Wanstead Park becoming better known and appreciated, and it’s important to emphasise that most visitors keep to the demarcated paths. Unfortunately, some don’t and, given the increased visitor pressure, this has raised anxiety among local people who understand the fragility of the bluebells and feel passionate about protecting them. This year, several hundred people signed a letter of concern on Facebook.

The main problem comes from people succumbing to the temptation to step over the barriers to take photographs among the flowers. Some trample the visible plants, perhaps not realising the damage they are doing. Others try to keep to little meandering paths and bare patches – not realising these have been created by people in the past and that they are preventing the plants from recolonising these areas by walking on them.

The bluebell season is discussed every year by the Wanstead Park Liaison Group, which consists of Epping Forest management and other stakeholders. They will be looking at whether signage and barriers have been adequate this year and whether anything can be done differently in the future. We’ll keep you posted. 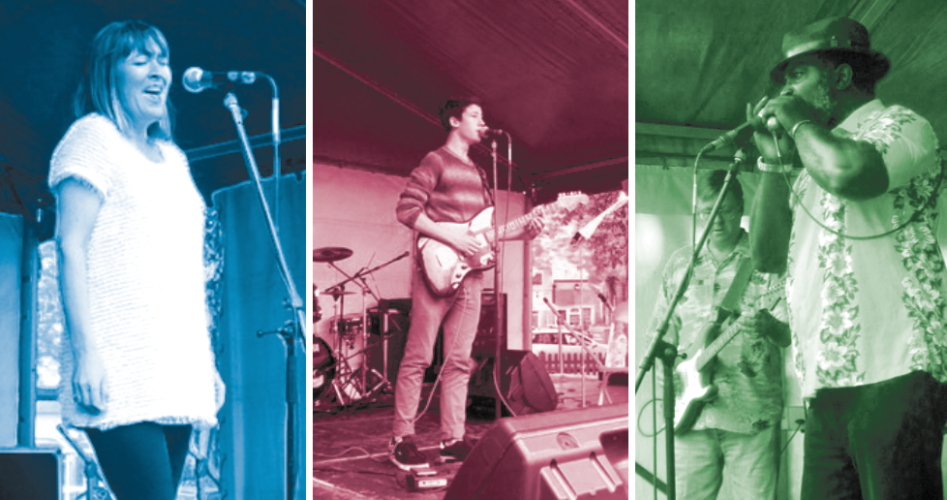 Organisers of the Wanstead Festival are looking for local bands, choirs and solo performers to complete the line-up for this year’s event, which will take place on Christ Church Green on 18 September.

“This festival provides a great opportunity for local musicians to perform on a professional music stage. If you would like to take part, please get in touch,” said Pete Feldon, who has helped source performers for the annual event since 2007.

The closing date for applications is 30 June.

Dates for this year’s Wanstead Festival and Wanstead Fringe have been announced.

The community-led Fringe will run from 9 to 25 September, with the popular open-air Kinema taking place on 10 September.

The Wanstead Festival, which is organised by Vision RCL, will take place on 18 September, and local businesses and community groups are invited to book a stall for the event.

A military flypast will take place on 2 June to mark the Queen’s Platinum Jubilee.

“The flight path traces the M11 and A12, so the grounds of St Mary’s are an ideal vantage point,” said a spokesperson for the Friends of Wanstead Parish, which is hosting a celebration event at the church from 11am to 3pm.

“Classic cars will be on show and food and refreshments will be available. For young plane spotters, we will also have a bouncy castle and carousel.”

The planes are scheduled to fly over Wanstead between 12.40pm and 1.15pm. 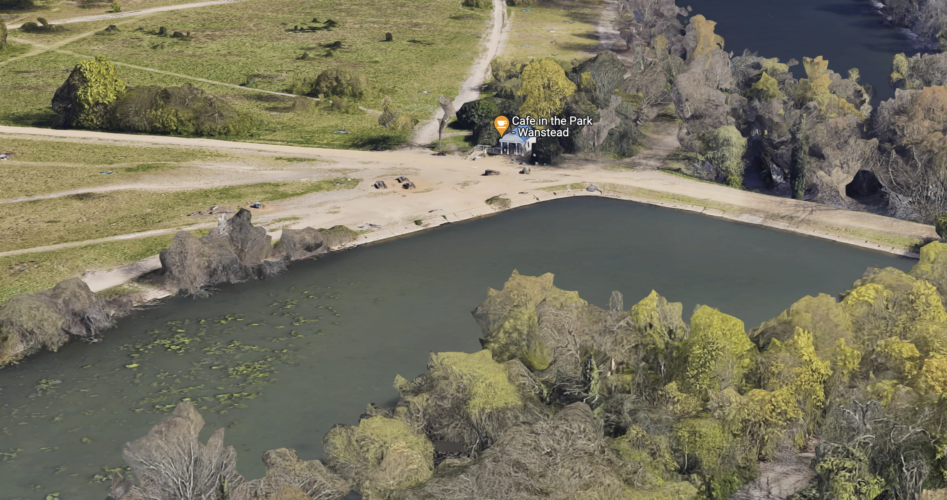 The City of London Corporation – which manages Wanstead Park as a part of Epping Forest – is investigating the possibility of introducing public boating on one of the ponds in Wanstead Park.

Initial plans suggest a pontoon could be built near the Tea Hut to enable boat hire on the Heronry Pond.

However, with a number of legislative permissions required to be in place, the initiative is unlikely to be finalised in time for this summer.

A family-friendly bike ride through Wanstead Park will take place on 12 June to help raise funds for the park’s new playground.

“The route is suitable for all ages as it follows the wide, circular shared-use path around the Ornamental Water, and is just 3km long. Meet opposite the Tea Hut at 1.30pm for a quick bike check; families will set off from 2pm. All under-12s must be accompanied by an adult,” said a Friends of Wanstead Parklands spokesperson.

The suggested donation is £5 to £10 per family. The money raised will go towards equipment for a new natural children’s playground behind the Temple.

“The aim of the playground project is to provide a variety of stimulating natural play opportunities for two- to 10-year-olds with a range of abilities to develop physical, social and emotional skills through exploration and interaction.”

Book to attend the event here (not required)

All donations welcome at: justgiving.com/crowdfunding/wanstead-park-playground

Experience this hidden part of wild Wanstead before July

Residents are invited to view the flora of St Mary’s Church graveyard, which is currently being left unmown.

“The bluebells were particularly special this year, enhanced by other spring flowers, including the towering but ethereal white Anthriscus, beautifully offsetting the red poppies of the permanent poppy trail commemorating victims of war. The strimmers will be back in mid-July, so visit this hidden part of wild Wanstead before then if you want to experience it,” said a church spokesperson.