Jonathan Diamond, a partner at Wiseman Lee Solicitors, explains why divorce proceedings tend to spike in the New Year and how couples can avoid falling into the trap of the marital ‘blame game’.

Sadly, January is one of the busiest times for couples to consider divorcing. Some researchers have suggested the stress of spending time together at Christmas can be the final straw for some relationships that have already been under strain.

Whatever the reasons, as the law currently stands, the quickest way to obtain a divorce is to apportion blame on your spouse. In this day and age, it may seem grossly unfair to resort to finger-pointing to end a marriage that has irretrievably broken down.

In fact, earlier this year, the government heralded an end to such practices and instead promised new ‘no fault’ divorce laws. That was back in April 2019 but, sadly, parliament ran out of time to pass the new legislation, and although it could still become law in the future, as things stand, the old – and some would argue antiquated – law remains.

In order to divorce, one spouse must petition the court and demonstrate the marriage has broken down irretrievably as a result of either unreasonable behaviour, adultery, two years’ desertion or two years’ separation (five years if one party refuses to give their consent).Three of these five reasons involve blaming the other party, while the other two require couples to wait either two or five years to split formally. Understandably, many people feel it is unreasonable to have to wait so long.

In a rush to make a clean break and move on with their lives, some couples might consider turning to online divorce. When it was first launched, it made headlines after 13 people used the system to apply for a divorce on Christmas Day! However, even when divorce is amicable, there are real risks in opting to apply for a divorce online rather than through a solicitor. Couples are, after all, making a number of hugely important decisions with wide-ranging implications. Getting it wrong can cause serious issues affecting property, finances and pensions, even for people with relatively modest incomes and assets.

An added problem is that many online divorce centres have a huge backlog of cases, with some reporting delays of more than a year. The reality is that a ‘quickie online divorce’ is anything but quick and could lead to serious problems over the split of assets.

Any couple considering divorcing this January needs to be aware of the effect the divorce blame game can have. Although the current law may mean they can feel forced to blame the other party, even when the couple has simply grown apart, it is important not to let this set an unfortunate tone for the rest of the process. Effective and sensitive communication really is key. This is especially important where children are involved, and good legal advice will help divorcing couples reach as amicable an agreement as possible. 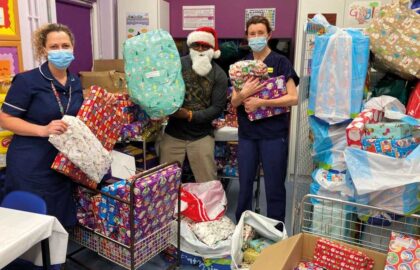