The world of invention and enterprise has been male-dominated throughout history and the lives and creations of female inventors have frequently been overlooked, glossed over and ignored. Women have consistently had their contributions swept under the rug and hidden in the background while their male counterparts have stood in the foreground as standalone pioneers.

Women from east London who were behind four revolutionary innovations – which changed the way we eat, dress, love and find our way home – have now had their stories discovered in our new exhibition. One such story was that of Phyllis Pearsall, who invented the A-Z street map in 1936. The creation and publication of the A-Z was revolutionary in a time before GPS and satellite navigation. In the same year, Phyllis received her first large order for The A-Z Street Guide from WHSmith for over a thousand copies, but she had some difficulties along the way. With little support, she had to buy a wheelbarrow to take them to WHSmith herself and distribute them.

Many times, you find a female inventor’s name will appear, and the company is referenced by another name. This is an indication of the power women probably had behind the scenes, but not linked to the invention or the idea. Women were often very influential figures in companies and in enterprise but their names were rarely mentioned.

“If you go back in history, a lot of inventions were attributed to the man because the woman was the man’s property and if she invented something, it got patented in the man’s name. So, I think there were women inventors but we just don’t know about them,” said Mandy Haberman, inventor of the Anywayup Cup. “There is a difference, men are bullish about putting themselves out there, they have an ‘I am the great I am!’ They are the brand. Women are much more likely to hide away; a woman is much more reticent to expose herself and put herself out there in that way. It’s changing now, it’s different now. But children were brought up to be seen and not heard and wives not seen and not heard!”

Another pioneer was Joan Ball, a working-class woman from London’s East End, who established the first computer dating service in 1964. The St James Computer Dating Service stored clients’ preferences according to their dislikes on punch cards, sorting matches by a process of elimination. Ball’s service pre-dates the famous system Operation Match at Harvard University, who are often cited as the founders of the invention.

The Eastside Community Heritage exhibition will be on show at Wanstead Library from 26 to 30 March. A number of other Women’s History Month workshops and events will take place at libraries across the borough. For more information, visit wavidi.co/whm19
leave a comment
News

An informal reunion for those who attended Wanstead High School between 1970 and 1977 – and who will therefore be turning 60 this academic year – will take place at The George this month. “This will give our year group the opportunity to meet and re-meet with old friends, have a king-sized catch-up, reminisce and raise a glass to our days at school… If you have any photos you’d be happy to share, please bring them along,” said organiser Francesca Fenn. The event will take place on 13 March from 7pm. 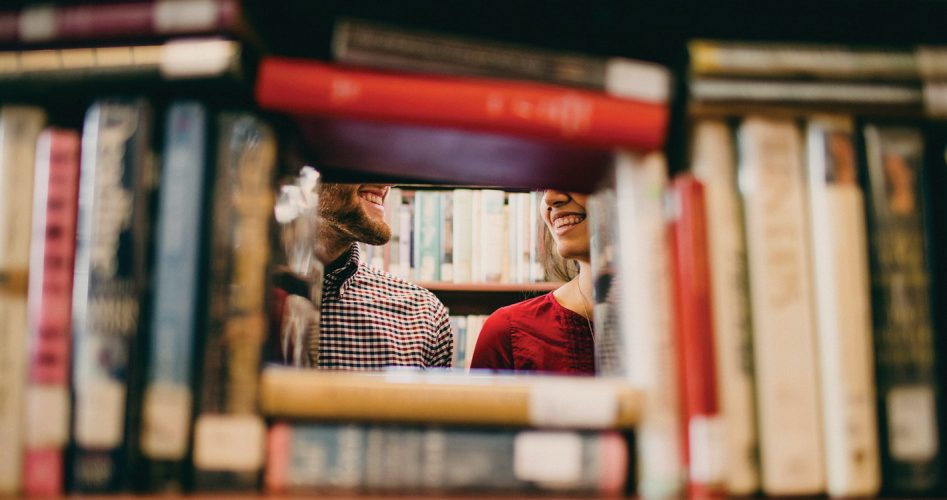 Libraries across Redbridge are being upgraded to improve online and interactive services for library users. “The new system will make it easier and quicker for residents to download eBooks and search for books and services online, as well as incorporating a brand new app so customers can access their library on the move… This is also an opportunity for budding authors and local publications to share their work online as the system change will give them access to online facilities,” said a spokesperson.

During the upgrade – which is expected to be completed by mid-March – it will not be possible to renew items and a fine amnesty will be in place until the end of the month. Joining a library, using public computers and borrowing items will be unaffected during the update.

An annual 10km women’s walk in aid of Haven House Children’s Hospice will begin and end in Wanstead on 10 May (£15, plus sponsorship), with this year’s participants following a new route encompassing Epping Forest, South Woodford and a halfway Sparkle Station in the grounds of the Woodford Green charity. “Our Sparkle Walk is back, and it’s bigger, brighter and packed with even more glitter,” said a spokesperson. Last year’s event, which raised more than £21,000, saw more than 200 women take part.

Wanstead and Snaresbrook Cricket Club has launched a fundraising drive called Project Heron. “To help us build on our recent achievements on the field, our facilities need to be upgraded urgently. We have identified what we need: new, state-of-the-art ECB-certified nets, the same kind the players use at Lord’s… We also plan to complete the refurbishment of our clubhouse by the start of the 2020 season,” said a spokesperson for the Overton Drive club, which is looking to raise £75k.

Saving lives: new defibrillators to be installed in public places

Redbridge Council is installing 30 public access defibrillators in a bid to save lives. “The locations are being finalised and we will be able to share the information very soon… The project will include four on our housing estates across the borough and installations at Redbridge libraries in partnership with Vision,” said a council spokesperson. An online map shows the current location of the borough’s defibrillators – including one at Wanstead Leisure Centre – to be updated as the new equipment is rolled out.

School to construct reflection garden in memory of lollipop man

Wanstead Church School has won £3,750 from the Aviva Community Fund, having reached the final round thanks to online votes from local supporters. “Our bid for funding for our reflection garden project was voted a judges’ choice winner and means the project can now go ahead,” said a school spokesperson.

The garden – which it is hoped will be in place by the Easter holidays – will be called Derek’s Garden, in memory of lollipop man Derek Jarvis, who helped children cross Wanstead High Street for 10 years before he died in 2017.

‘This is an emergency’: local meeting on climate change (and what to do about it)

This is an emergency

A public meeting on climate change will take place at Wanstead House this month. Featuring speakers from Extinction Rebellion – an international social movement that aims to bring about change through non-violent resistance – the event on 26 March (7pm to 9pm; free) will share the latest climate science findings, discuss some of the current psychology around climate change and offer solutions through the study of social movements. “The planet is in ecological crisis: we are in the midst of the sixth mass extinction event this planet has experienced. Scientists believe we may have entered a period of abrupt climate breakdown. This is an emergency,” said event organiser Kathy Taylor. “Everyone is welcome, and there will be time to ask questions and discuss afterwards.”