Russell Kenny and Paul Hayes have devised a series of self-guided history walks around the Wanstead area, which can be followed on a phone or from a printable map. In the second of a series of articles championing these tours through time, we rediscover Wanstead House

Wanstead Park, as we know it today, was designed as a setting for the grand Palladian Wanstead House, built in the reign of George I, and which replaced the previous house on the site, the Tudor Wanstead Hall. Our Rediscovering Wanstead House walk looks at some of the features, still in and around the park landscape, that remind us of its grand origins.

Today, we can still walk down Evelyn’s Avenue, named after diarist John Evelyn. It was first planted in the late 17th century by Sir Josiah Child, who purchased the original Wanstead Hall and improved the parkland around it.

The alignment of key features in the landscape show us the grandeur of the Hall’s replacement, Wanstead House. The Straight Canal is a stretch of water that lines up with the Glade, a grand avenue of trees rising towards the site of the House, now marked by a sizeable dip in the ground near Wanstead Golf Club. The trees on either side of the Glade hide two ‘mounts’, small hills built for viewing the gardens. Viewed from the rear of Wanstead House, the canal gave the impression of a much larger lake system. Continuing on past the site of the House leads us to the Basin, a large ornamental lake designed to add to the grandeur of the approach to the front of the House. This approach lay along part of the current Overton Drive, the end of which is flanked by the original gate posts of Wanstead House, and bear the initials of the man who completed it in 1722, Sir Richard Child, the 1st Earl Tylney, and the son of Josiah.

The Temple and the Grotto, still handsome structures in the park, were built around 1760 by John, the second Earl Tylney. John didn’t get to enjoy them much, however, because around the time they were built, he was embroiled in a homosexual scandal and fled abroad. He lived in Naples for the rest of his life. There is a bit of John still in Wanstead though. His heart was sent back when he died and sits in a jar in the crypt of St Mary the Virgin church.

We can still see the earth bank in Reservoir Wood, which once held back water used to feed the lake system in the park. The area was drained in the early 19th century and new planting took place, including the spectacular Repton Oak, which is also still there. The name references fashionable landscape designer Humphry Repton, who gave advice to famous spendthrift William Pole-Tylney-Long-Wellesley on remodelling the park. It was due to William’s financial mismanagement that the contents of Wanstead House were sold off in 1822 and the house itself demolished and sold for building materials in 1825.

There’s lots more on this walk that show how Wanstead House is still visible in the landscape.

To view or print the walking guides and maps, visit wnstd.com/walkspast 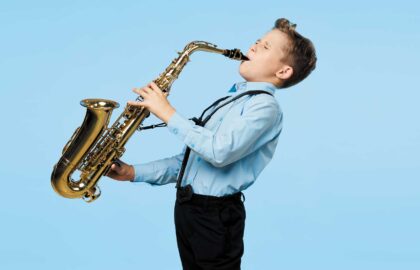