As in previous years, the Fringe will start with a street party at The Duke

Giles Wilson, chair of the Wanstead Fringe – which returns this month for a 16-day calendar of cultural events – explains why despite everything, getting stuck in is the best option

Comedian Sean Lock once did a gig in which he reflected on what he had done with his time on Earth. As well as having a ‘bucket list’ of things he wanted to achieve, he had another list (which rhymed with ‘bucket’) of things he was going to stop doing.

His ambitions were idiosyncratic and timed for comic effect. For instance, he wanted, just once, to be able to kick a pigeon before it flapped out of the way. I’m sure he had other things on his list, and I hope he had a sense of satisfaction. But his death last month aged 58 was one of those periodic reminders that we only have so long here, and we really should make the most of the time we have.

At the end of July, The Times ran an encouraging review of Wanstead for househunters. “Move [to Wanstead] if you like getting stuck in,” it said. “Locals are a community-spirited bunch. Volunteer gardeners take care of the beds and planters around Wanstead Tube station, and there is also a thriving annual arts festival, the Wanstead Fringe.”

That made those of us involved in the Fringe walk a couple of inches taller. The idea of Wanstead folk as being people who like “getting stuck in” appealed to us so much, we decided to make it this year’s theme. In 2020, we were stuck at home. In 2021, we are going to get stuck in outside.

Many people in Wanstead make it their life’s work to get stuck in and make a difference. People whose service we realised we couldn’t do without – those working in hospitals, schools, food shops and other essential services.

And there’s another group who play their part without fanfare – the Akelas and Brown Owls, the sports coaches, the Tin in a Bin organisers and donors, the Saturday morning litter pickers. They, and a thousand others beside, play their part and get stuck in.

Which brings me to this year’s Fringe line-up. Comedy, talks, masterclasses, music, authors, the Kinema, the jumble trail – everything you could want from a Fringe festival. You can find details of many events in the calendar of this issue of Wanstead Village Directory, and you can get tickets from the Fringe website.

This will be the eighth Fringe – all without a penny of public money. Our patrons at Petty Son and Prestwich, Edwards Duthie Shamash solicitors, THP Accountants and the Wanstead Society have kept us on the road, as have the squad of event organisers and event attendees.

The only question left is – how are you going to get stuck in?

Wanstead Fringe 2021 will run from 3 to 19 September. For more information and tickets, visit wansteadfringe.org 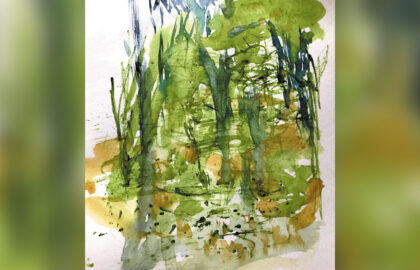